Yoga for Back Pain & Core Strength with Megan Davis

Megan Davis is returning to Lighthouse for a special 3-week series! 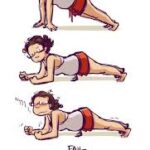 Lower back pain is one of the most common injuries/complaints. Much of our low back pain comes from poor posture and misuse/overuse of particular muscles through unbalanced and repetitive motion. In this 3 part series, we will focus on:

–using the feet and the legs to activate core stability muscles

This class is appropriate for students of all levels. Students with injuries are welcome and modifications will be given.

Open to all levels. No prior yoga experience is required.

To register, purchase the Yoga for Back Pain class card here.