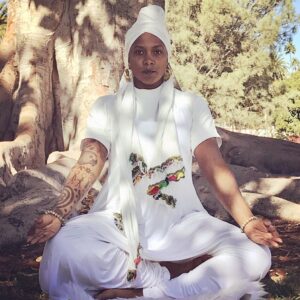 Join us every morning on Zoom for 31 minutes of meditation. Sign up online to receive the link. January 11 to February 19.

Our next daily meditation is the wonderful Kirtan Kriya, also called Sa Ta Na Ma. This is one of the most well-known meditations in the Kundalini Yoga tradition. Kirtan Kriya has been studied by neuroscientists, and it has been recognized as a powerful tool for improving memory and focus and reducing stress. It has also performed well on tests to reverse the early onset of Alzheimer’s! (See below for more info on that.)

Join Nandi every morning to welcome 2021 with a clear mind and renewed outlook.

As we start the new year, we’re going to come together every morning for an uplifting and transformational Kundalini meditation: Kirtan Kriya. We learn to focus the mind, balance the brain, and reduce stress, so that we jump into 2021 ready for change!

Open to all, no meditation experience is required. Donations are accepted.

Learn more about this meditation here.

This Sadhana will be self-initiated and will be practiced with no introduction or explanation. We’ll tune in at 6:20 am, to be done by 7 am daily, so that those of you who wish to attend the 7 am Kundalini Yoga class can still do so. Some days we’ll play music, some days we’ll chant acapella with the original tune.

Check out this video for a brief explanation and version of this meditation.

Not only is Kirtan Kriya a great way to start your day, but researchers have discovered that it has powerful neurological effects.

The practice of Kirtan Kriya is composed of a combination of focused breath work, visualization,  chanting, and finger movements (called mudras).  So, how does this unique practice of Kirtan Kriya work to improve brain health?  According to practitioners of the ancient tradition, Kirtan Kriya stimulates the areas of the brain associated with each of the 5 senses.  Basically, the practice involves a combination of chanting simple sounds (called mantras), while performing key hand positions (mudras).  These techniques are performed while maintaining a specific visualization of concentration. 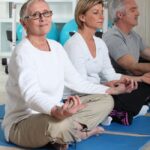 recent study published in the Journal of Alzheimer’s Disease.  The study found that the practice of Kirtan Kriya improved brain functioning and memory by increasing connectivity in the brain.  The practice was also found to decrease mood swings.

The study involved a group of people, aged 55 and older, who reported mild anxiety related to memory problems.  Some of the study participants showed signs of mild cognitive impairment (MCI). The study was 12 weeks in length. For 30 minutes per week, one group attended a Kundalini yoga class-focused on breathing and meditation.  They practiced this specific form of Kirtan Kriya meditation for 15 minutes each day by performing specific sounds, focused meditation, and hand mudras (positions).  A second group involved eleven participants who attended an hour per week of classroom instruction, followed by daily practice of mental exercises said to help boost brain functioning.

Both groups in the study were found to show improvement in the region of the brain involved in communication and language; but, the yoga group also exhibited a significant improvement in memory performance and mood.  The Kirtan Kriya group’s results showed improvement in increased brain connectivity and verbal memory.

For more information, visit the Alzheimer’s Research and Prevention Foundation.