Background on our Upcoming Yoga Retreat to Cuba

I’ve had a number of people ask me why I’m leading a yoga retreat to Cuba, a country which has historically had almost no ties with the US or with Americans. This is clearly going to be a very different trip than the retreats I normally lead to Italy and to Western Maryland, and I want to take a few minutes to explain how this came to be.

My Relationship with Cuba

First some background. (Feel free to skip this part if you aren’t interested in the personal stuff! Just move down to trip details).  Long ago, I used to live in Santiago, Chile, and it was there that my interest in Cuba was awakened. In the 1970s and ‘80s, Cuba had accepted many Chilean asylum-seekers who needed to escape the Pinochet dictatorship. With Cuba providing humanitarian support to the Chilean people, Cuban art, music and culture became an inspiring underground refuge in Chile, and I was lucky enough to become exposed to a lot of it during those years. I was also amazed that a country as small and impoverished as Cuba was going out of its way to help citizens of a much larger and richer neighbor.

I finally made my first trip to Cuba in the 1990’s when I took part in an international volunteer delegation to rural Cuba. I was blown away by how welcoming, kind, and open the Cuban people were, how beautiful the country was, and how people kept their faith despite so many hardships during those years. I had an unforgettable experience and never lost the desire to return. 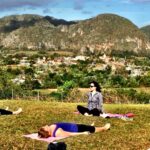 Fast forward to 2017, when I had the opportunity to return to our island neighbor to visit a friend living there, and to put it mildly, I was smitten (again).  Havana is in the midst of a building boom and is teeming with new hotels, restaurants, and museums. A visit to Viñales allowed me to get out into the countryside for some fantastic hiking and horseback riding, as well as to truly connect with the extended family whose spare bedroom I was renting. Then across the island to Trinidad, to explore some of colonial Cuba’s glory. I felt nourished and revitalized after two weeks exploring the island.

So what is it about Cuba? 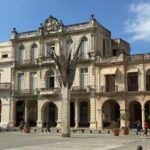 Cuba isn’t a country stuck in the past, as is often said, as much as an island where people have not lost their sense of solidarity and community. Cuba is not cut off from the rest of the world; there’s plenty of internet, and people avidly follow world events in the news. (I can’t tell you how many people ask about our current president, with plenty of trepidation as to how US policies may impact Cuba’s fragile economy.) The island has been a tourist destination for Canadians and Europeans for years, and many Cubans travel abroad to visit family who live overseas.

But it’s a country on the verge of transformation, with an understanding that US foreign policy, including the 50-yearlong embargo, can have a devastating impact on its future. Cubans want to meet Americans, to tell us about their lives and their country. They want us to understand that the embargo really, truly makes their lives more difficult. They want us to love their country as much as they do, and to return to the US to let 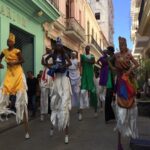 Cuba is a fascinating, diverse country, grounded in African culture with a Caribbean flavor and Latin feel. There’s poverty–but there’s art. There are shortages of basic supplies–but there’s music in the air. Cubans like to complain and they love to dance. The heartbeat of this island will leave you energized and wanting more.

How will the Lighthouse Retreat Work? 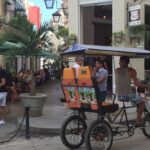 My desire for our community to experience Cuba led me to design a trip for Lighthouse that does not have us doing yoga at a retreat center and taking day trips into Havana. I selected an experienced travel agency to design a trip that reflects what interests our community: immersion in Cuban culture, history, and society, with visits to sites that include a Biosphere nature preserve, the ruins of an old African slave plantation, a visit to Havana’s center of Afro Cuban culture, an evening with the Buena Vista Social Club, and much much more! 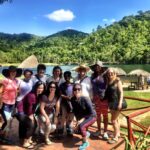 We’ll practice yoga every morning and sometimes during the day. But we’ll also have time for optional hikes, horseback rides, museums and people-to-people connections. We’ll stay with families in Viñales and in small boutique guest houses in Havana. We’ll eat in local restaurants and have a chance to explore the enchanting (and often surprising) streets of Old Havana.

So this is not a traditional “yoga retreat” in the sense of the term—join me in Italy or Western Maryland if you’re looking for that! This is a cross-cultural exploration, a chance to experience the joys of a country 90 miles from the US borders, which is so very different in so many respects, while we stay balanced and grounded with daily yoga classes of your choice.

Please consider making this journey with me. February 16-23, 2019. See details and register here.